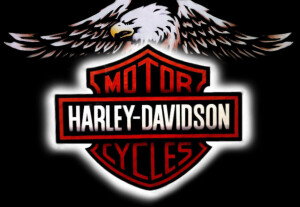 Steven Boley, 72 of Marysville, IN passed away on Tuesday, September 14, 2021 at Norton Hospital in Louisville, KY.

Steven was born on January 20, 1949 in Scottsburg, IN the son of Joseph and Dorothy Hostetler Boley. He was a retired Mechanic and Machinist working for several area companies including the former Hall Brothers Garage in Charlestown. Steven was a member of the Marysville Christian Church and the Harley Davidson Hog Club. He was a late model dirt track racer and was dirt track champion for three straight years 1982 – 1984. He was an avid NASCAR fan and his favorite driver was Kyle Busch. He loved riding his Harley Davidson and had the ability to fix just about anything including plumbing and electrical problems.

Steven is survived by his loving wife of 49 and a half years, Retha Wiley Boley; daughter, Elizabeth Boley(Donnie Daniel) of Sellersburg, IN; mother, Dorothy Boley; sister-in-law, Pam Boley; bother and sister-in-law, Edward and Jeannine Wiley; his dog, Katie Boley; several nieces and nephews. He was preceded in death by his father, son Edward Boley in 2007; grandparents, Beck and Sue Hostetler; siblings, Kathy Baird, Elaine Singer and Eston Boley; and his dog Peanut.

Life Celebration Services will be held on Monday, September 20, 2021 at 1:00 P.M. at the Grayson Funeral Home in Charlestown with burial in St. Michael Cemetery in Charlestown. Visitation will begin on Sunday from 1:00 P.M. to 6:00 P.M. and on Monday beginning at 11:00 A.M. Steven’s family request that everyone please dress casual and if anyone wanted to ride their Motorcycles in procession to the cemetery on Monday they are welcome.